While the luxury travel world is taking a necessary pause, life goes on for the wildlife of Latin America’s national parks. In fact, many animals are taking advantage of having their natural environments all to themselves. Jaguar tracks have been spotted close to the main attraction at Iguazu Falls, the Devil’s Throat. Meanwhile, in Chile’s Torres del Paine National Park, our friends at Explora Patagonia, the only luxury hotel located actually in the park, tell us flamingos now stroll through nearly all of the lagoons visible from the property. But these are just two of the animals you can see in the awe-inspiring national parks of Latin America! Read on to learn more about Blue Parallel’s favorite national parks for wildlife lovers.

Luxury Tour of the Rainforest at Iguazu Falls 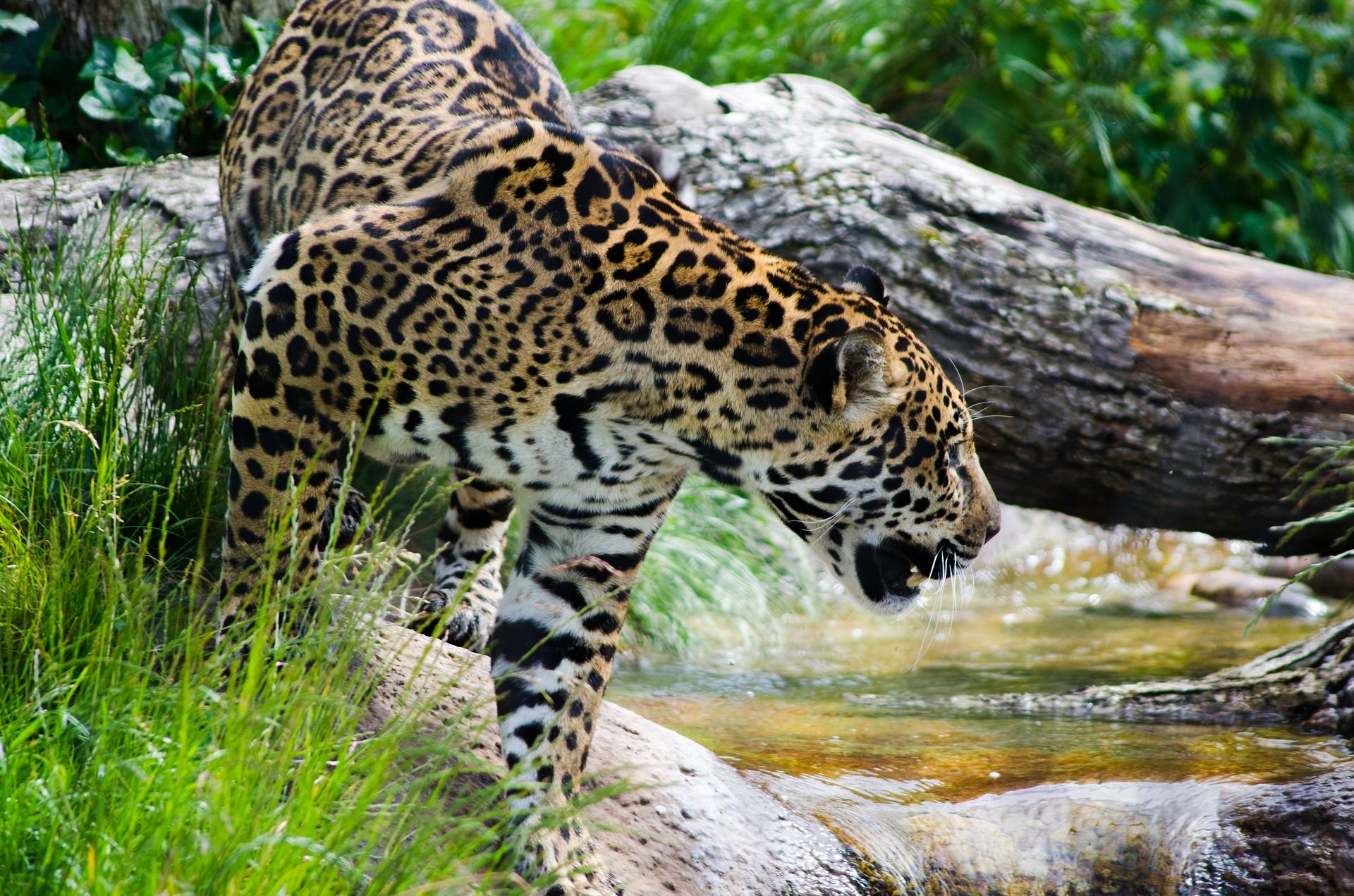 Typically, visitors come to Iguazu Falls to see what UNESCO calls “one of the most spectacular waterfalls in the world.” However, thanks to the surrounding subatlantic rainforest, the sister Argentinian and Brazilian National Parks are also excellent destinations for travelers interested in flora and fauna. The elusive jaguar mentioned above is just one of the many native species that live within the rainforest at Iguazu Falls. Favorites more frequently spotted throughout the parks include howler monkeys, colorfully-billed toucans, coatis (similar to raccoons and equally as mischievous), caiman, and tapirs. During this absence of human visitors, rangers have observed some changes in the behaviors of resident wildlife, including a young monkey who had fallen asleep perched on an information sign on a trail. In contrast, the mischievous coatis have disappeared into the jungle from their posts near trails where the more careless tourists provide them with snacks.

The Inspiring Wildlife of the Galapagos Islands 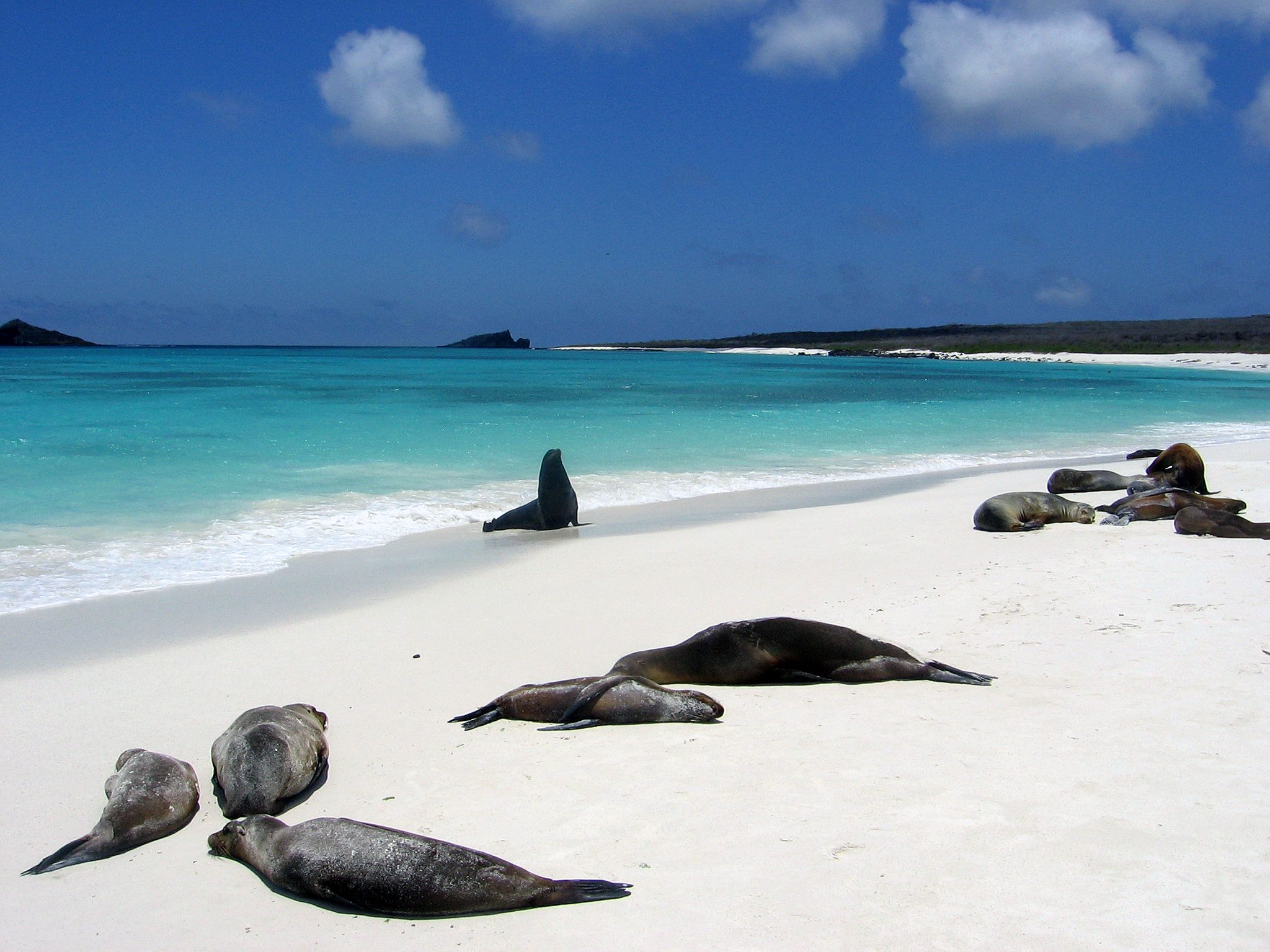 Another “must-visit” for wildlife lovers is, of course, Galapagos National Park, located 620 miles off the coast of mainland Ecuador. The fascinating endemic species of this Pacific archipelago inspired Darwin’s Theory of Evolution. Blue Parallel’s expertise in the area means we can help you select the perfect luxury hotel for a land-based exploration or private yacht for a sea-based exploration. On land, you’ll have the opportunity to see Galapagos tortoises, blue-footed boobies, land iguanas, and many bird species, including Darwin’s finches. Snorkeling or scuba diving from your luxury yacht, you may encounter sea lions, different shark and ray species, unique marine iguanas, sea turtles, and a wide variety of tropical fish. With so many animals to see, any time of year is a great time to visit the Galapagos. If you’re interested in a specific species, our Ecuador travel experts know the fauna of the islands well and are perfectly positioned to help you choose the optimal time for your luxury tour. 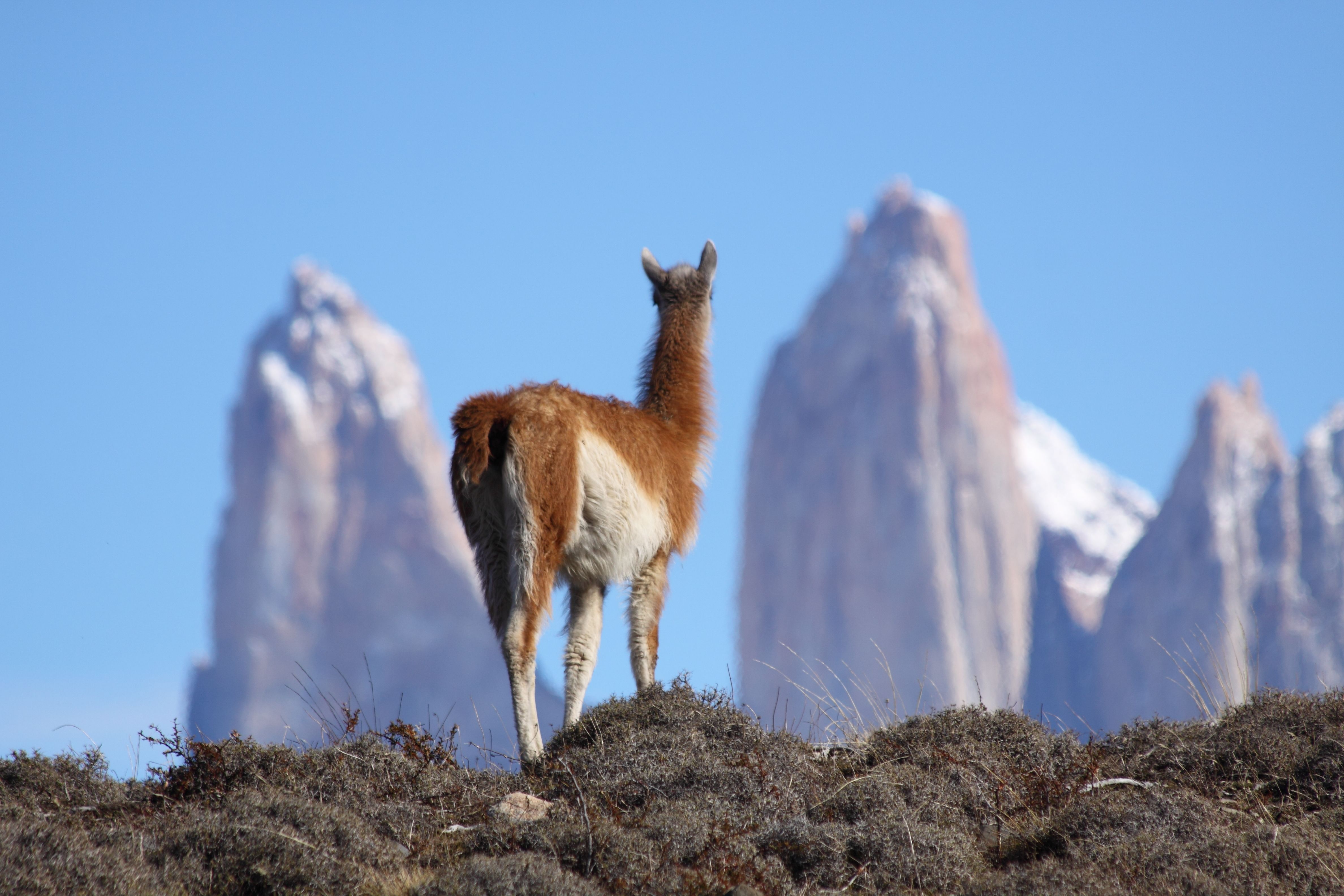 While Patagonia might be known for its incredible hiking in Torres del Paine National Park in Chile and Los Glaciares National Park in Argentina, this area at the bottom tip of South America also is home to captivating wildlife. As mentioned above, flamingos are quite common in the lagoons of Patagonia, though many might associate them with the tropics. A cousin of the llama, guanacos are also often seen grazing in herds, where some keep watch for their main predator, the puma. However, the king of Patagonia might be the massive condor whose wingspan can stretch to over 10 feet, making it one of the largest flying birds in the world. Keep an eye out for these animals that call Patagonia home while you hike the trails of Patagonia with your private guide.

Ancient History and Wildlife at the Tikal Ruins 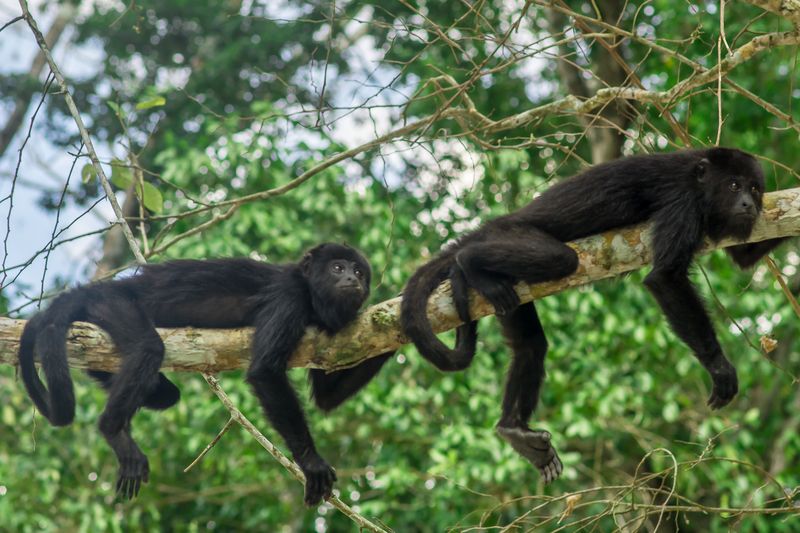 For those who are animal lovers and history buffs, Tikal National Park in Guatemala features a variety of subtropical wildlife and fascinating Mayan ruins. During this break from human visitors, rangers have spotted some of the more elusive animals of the park, such as jaguars, pumas, and tapir, near main paths and the ruins. Within the park, you may also see fan favorites such as howler and spider monkeys as well as intriguing large birds like ornate hawk eagles, colorful, almost peacock-like, ocellated turkeys, and bright-billed toucan. To visit Tikal on your luxury tour, you’ll take a private helicopter to the Petén region where you’ll also relax your jungle lodge.

Trek on the Inca Trail to Machu Picchu 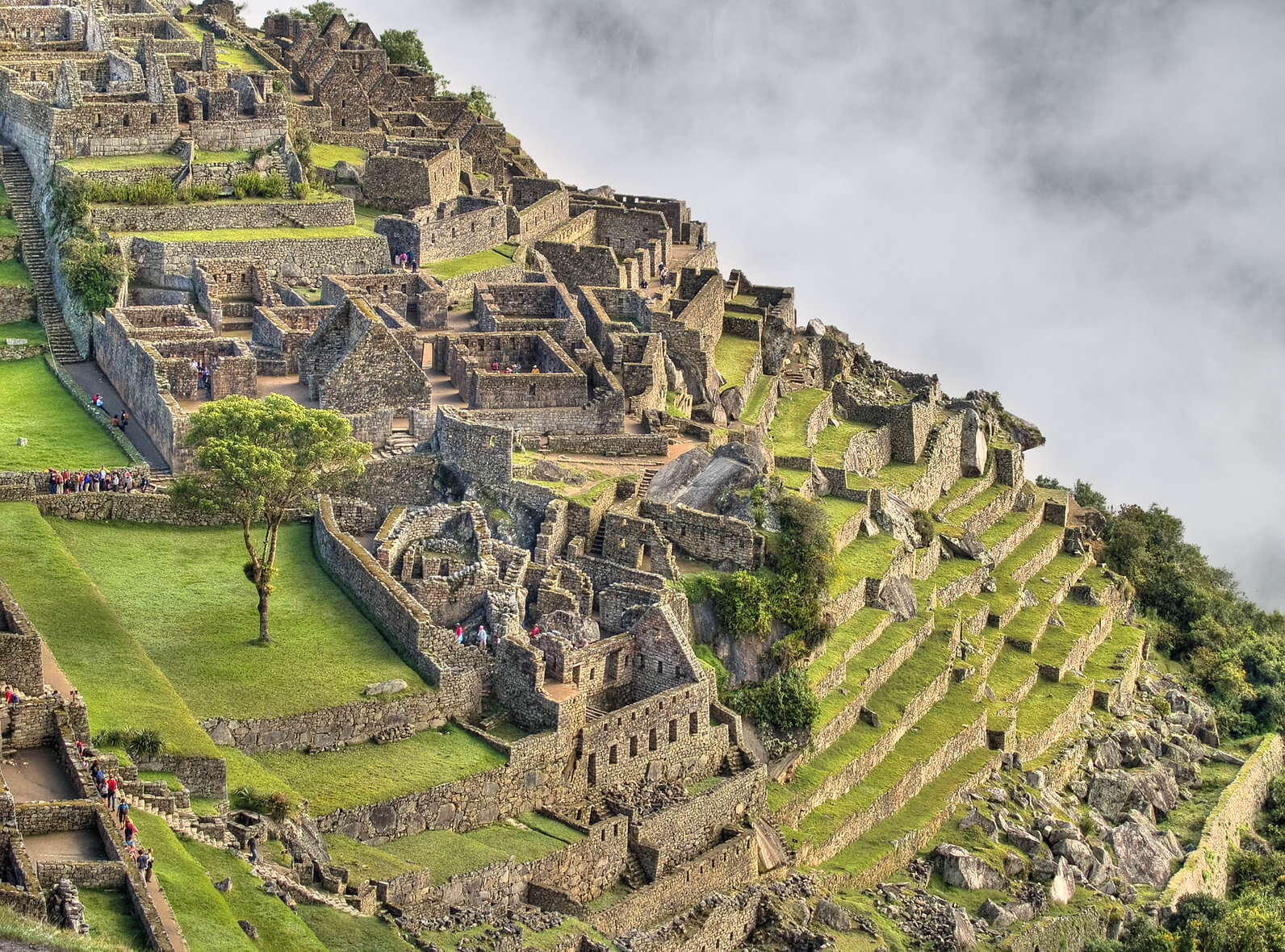 At the historical sanctuary of Machu Picchu in the mountains of Peru, most visitors come for the famous Inca ruins; however, the large protected area also contains many different microclimates that allow for incredible biodiversity. While you hike the Inca trail with your personal guide, you may see a pudu (a tiny species of deer), the tracks of the endangered spectacled bear, or hear the strange calls of the fire engine red Andean cock-of-the-rock, which is the national bird of Peru. More commonly, hikers spot several species of hummingbirds flitting between the wide variety of flowering plants that line the trail. You may also spot the squirrel-like vizcacha, mountain caracara (a bird of prey), the colorful masked trogon, and of course, the domesticated llamas and alpacas upon your arrival to Machu Picchu.

Marine Adventure at the Belize Reef 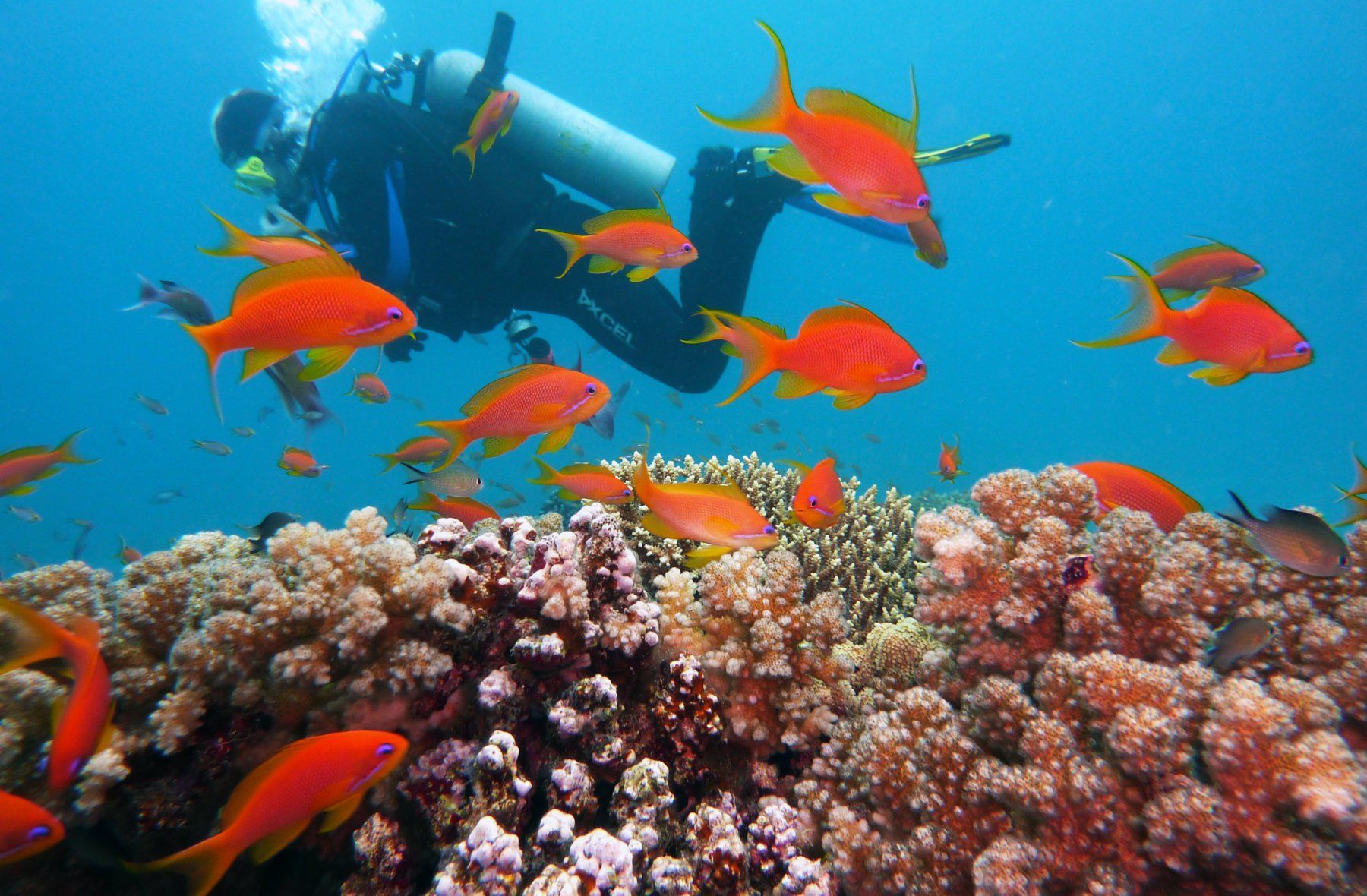 If you’re looking for incredible snorkeling and diving a little closer to home, visit the Belize Reef! It’s the second-largest reef in the world and just a few hours flight from the contiguous United States. Here you’ll have the opportunity to swim alongside various species of sharks, rays, sea turtles, dolphins, and hundreds of colorful tropical fish. Also of note within the reef system is the mysterious Great Blue Hole, which plunges to a depth of 407 feet and ranks high on the bucket list of many experienced divers. Between adventures, relax on the beach of your luxury accommodation or paddle among the mangroves of the Placencia lagoon.

Wildlife and Starry Skies in the Atacama Desert 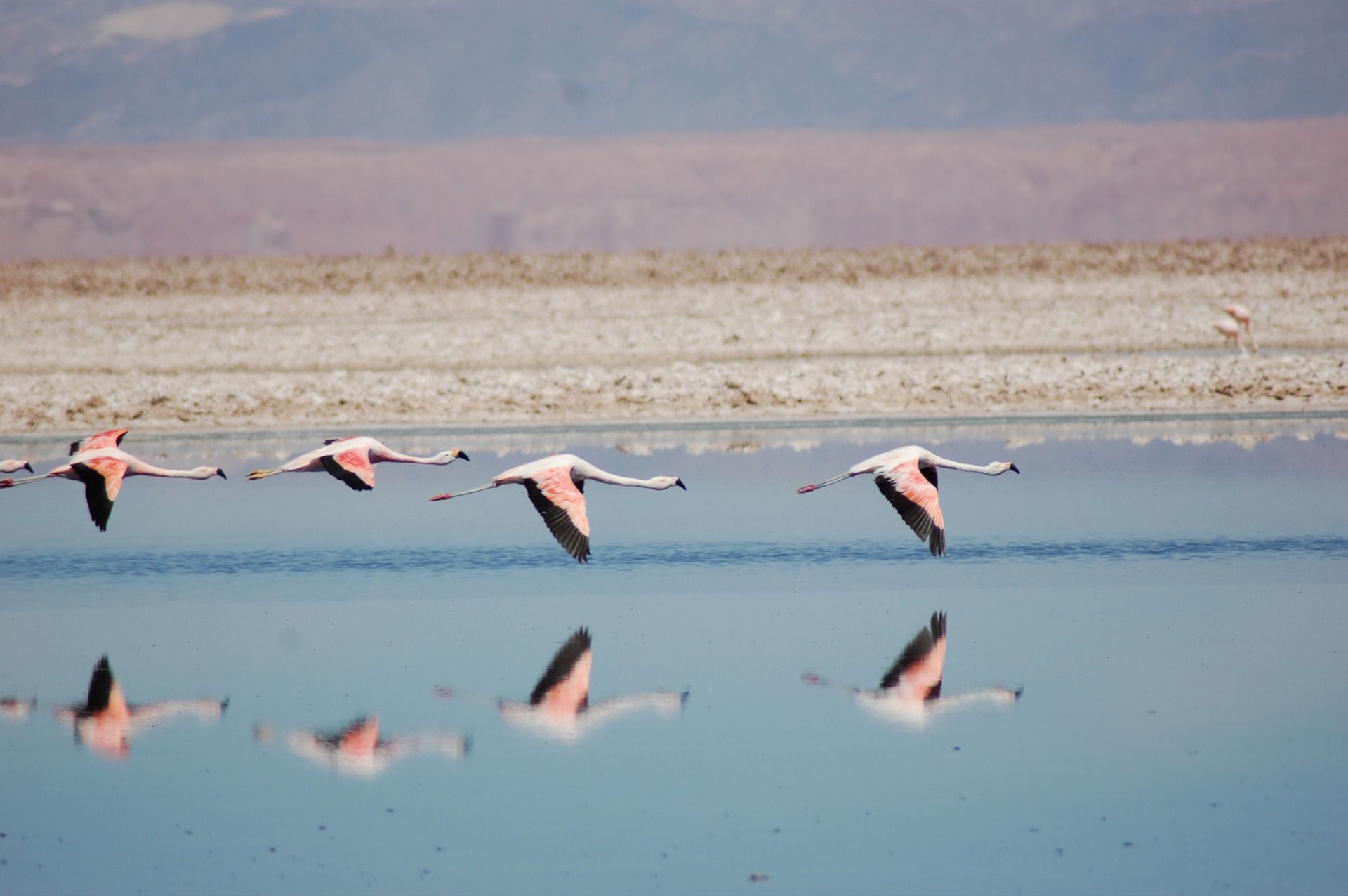 Only the most adaptable animals have managed to survive in the driest desert on Earth, the Atacama in northern Chile. Flamingos might not be one of the first animals you’d expect to find in a desert, but the Chilean flamingo thrives in the lakes of the salt flats of Atacama. Mammals that have adapted to this extreme environment include specialized species of mice, the South American gray fox, guanacos, and vicuñas, both relatives of the llama. Vicuñas, in particular, are prized for their luxuriously soft wool. At night, enjoy some of the best stargazing in the world under the famously clear skies of the desert before relaxing at your luxury hotel.

Luxury Exploration of the Amazon Rainforest 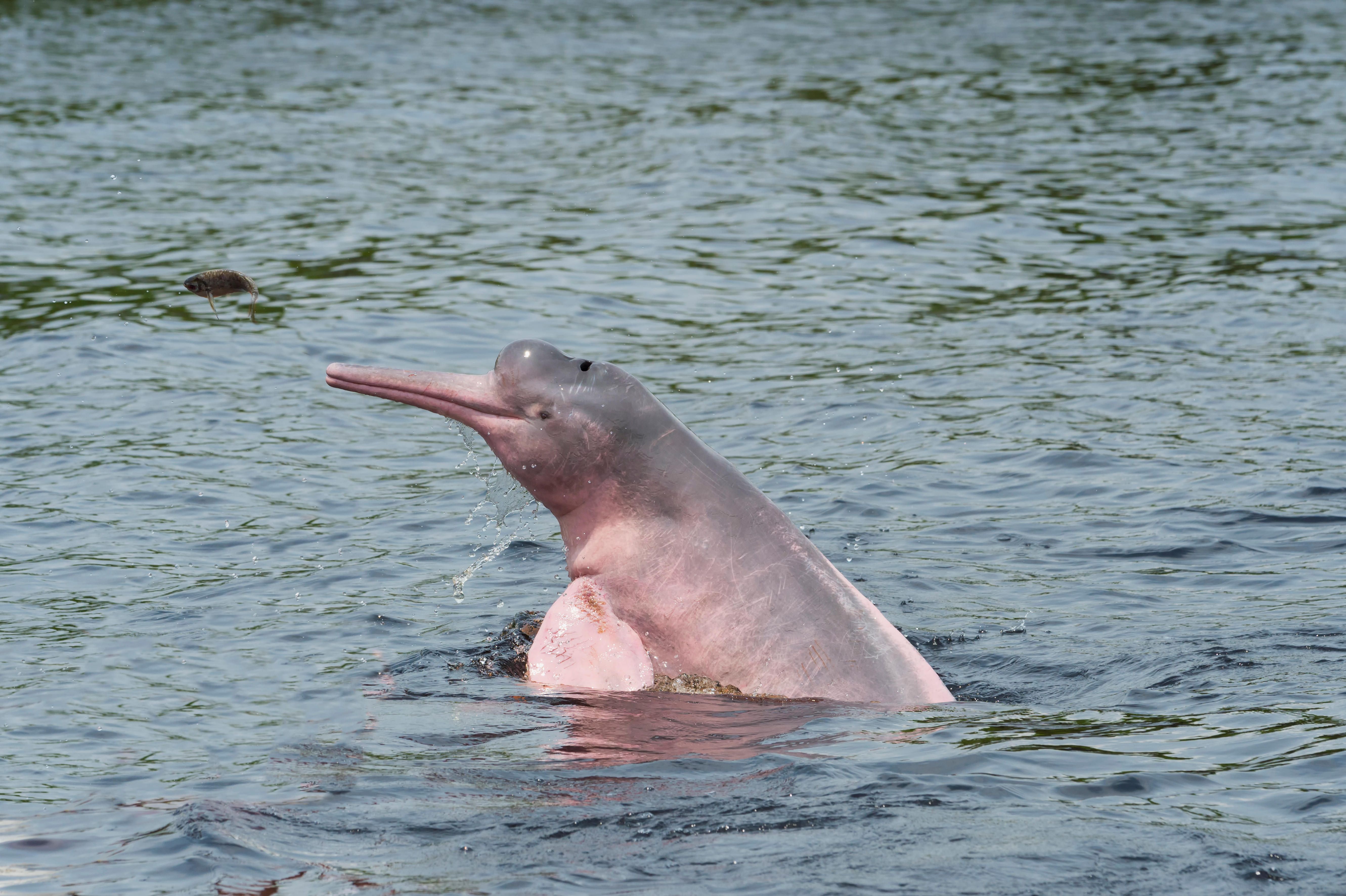 Last, but certainly not least, the Amazon rainforest is an absolute must for any traveler passionate about wildlife. Easily the most famous rainforest in the world, the Amazon stretches through many national parks and 9 countries: Brazil, Peru, Ecuador, Colombia, Venezuela, Bolivia, Guyana, French Guiana, and Surinam. Extraordinary species you’ll have the chance to encounter here range from the playful pink Amazon river dolphin to sloths to giant river otters, not to mention over 1,000 different species of birds. Other notable residents of the rainforest include 150 species of monkeys, colorful poison dart frogs, and huge black caimans, which can grow up to 20 feet in length!

For more on our tailor-made luxury tours to Latin America, please visit here.