Our mission is to take discerning, time-constrained travelers to the most spectacular natural and cultural wonders of Latin America, the Mediterranean, and the Polar regions.

Since launching in 2003, we have become the go-to service for luxury travelers searching for top-of-the-line experiential journeys. We have been selected as an A-list Top Travel Advisor by Travel + Leisure every year since 2009, and are proudly part of the leading luxury travel network Virtuoso and their Ultraluxe Community (a by-invitation-only membership for the industry’s most exclusive services and providers). We have hosted numerous eminent travelers since our inception and are frequently featured in prestigious international publications.

Blue Parallel journeys feature breathtaking outdoor adventures led by expert guides or accomplished athletes. Scuba diving in the Belize Reef, biking through Berber villages in the Atlas Mountains, ice-trekking on the Perito Moreno Glacier, dog sledding in Lapland, rafting on the Pacuare River in Costa Rica, and hiking the fjords of Norway are only a few examples of the extraordinary outdoor adventures we incorporate in our tailor-made itineraries. We take great satisfaction in designing custom-made adventures of a lifetime.

At Blue Parallel, we open doors to unique opportunities that match our travelers’ interests. Our team travels year-round, seeking out the most intriguing insider experiences. Over the years, we have developed invaluable relationships with esteemed scholars, acclaimed artists, Olympic athletes, renowned chefs, directors of historical and natural landmarks, as well as with local leaders in politics and business, to name just a few examples.

Privacy has always been a top priority in all aspects of a Blue Parallel journey. Exclusive accommodations range from remote, fully-serviced villas in Iceland, a lighthouse on a private island in Norway, or a luxury private camp in the Sahara Desert. Examples of private custom experiences include an after-hours tour of the Alhambra in Andalucia, chartering a luxury yacht in the Galapagos Islands, or taking a private train ride to Machu Picchu. We can provide all these ultimate exclusive experiences and more so that our travelers can have the option to enjoy some of the world’s most spectacular sights without the crowds.

Blue Parallel travelers are assigned a dedicated team comprised of:

We are on call for our travelers 24-hours a day during their trip, ensuring a smooth and stress-free experience. Whatever happens, our team is one step ahead, and we provide the flexibility to change the program during the journey, if need be.

Certainty in an uncertain World

Blue Parallel’s expertise and our obsession with details offer certainty in an uncertain world. We have almost 2 decades of experience handling unforeseen circumstances, and the recent pandemic has only increased the significant value of having our dedicated teams offer limitless support to our travelers before, during, and after their journeys.

Blue Parallel was founded in 2003 by Emmanuel Burgio. Emmanuel is French, was born in the Netherlands, and raised in the South of France. After his studies at the London School of Economics, he worked in investment banking in New York City. Later, he decided to take a year-long sabbatical to explore the world and his experiences inspired him to share his passion for adventure and discovery, by creating Blue Parallel.

The company initially launched with exclusive long weekend escapes from New York to Machu Picchu. The encouraging feedback on our original Peruvian adventures led to the gradual expansion of our offering across the key natural and cultural World Heritage Sites of South America. As part of this expansion, we were fortunate to work on a multi-year project with world-renowned National Geographic photographer Bobby Haas, where we planned the logistics for his dizzying aerial photographic book of Latin America (Through the Eyes of the Condor).

In 2007, we solidified our position as the go-to travel service for top-of-the-line Latin American experiences, by extending our reach to Central America with journeys to Mexico’s Yucatan Peninsula, as well as Guatemala, Belize, Panama, and Costa Rica.

In 2013, building on our success in Latin America, and responding to the demand of our loyal clientele, we embarked on a new chapter and expanded into the Mediterranean—a fascinating region rich in cultural and natural wonders. Emmanuel’s deep family roots and strong personal contacts throughout the Mediterranean made the region a natural addition to our portfolio.

At the end of 2021, we launched our new offerings—Blue Parallel Polar. Our initial exposure to these enchanting regions began by working with Bobby Haas on the logistics behind “Through the Eyes of the Vikings: An Aerial Vision of Arctic Lands,” an acclaimed aerial photography book published by National Geographic in 2010. After closely monitoring the opening of new luxury offerings in those regions over the past few years, and after numerous reconnaissance trips to the Arctic, it was time to enable our guests to experience first-hand the true extremes of the globe the Blue Parallel way. Luxurious experiential accommodations, immersion in local communities which follow age-old traditions, and epic adventures are just a few of the highlights embedded in our custom Arctic and Antarctic journeys.

Eighteen years after our launch, Blue Parallel now operates in over 20 countries with an international team of travel experts who have a track record in delivering highly personalized services to our very discerning travelers. 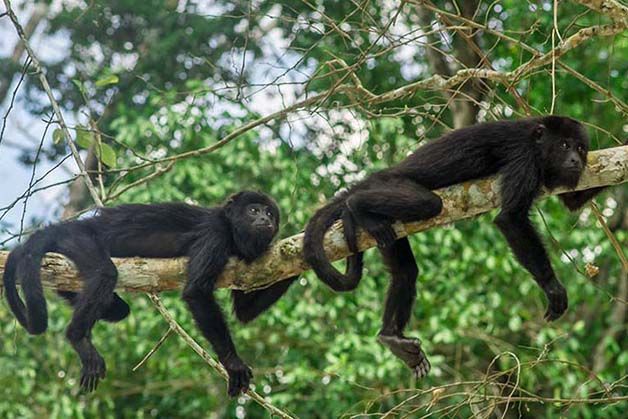 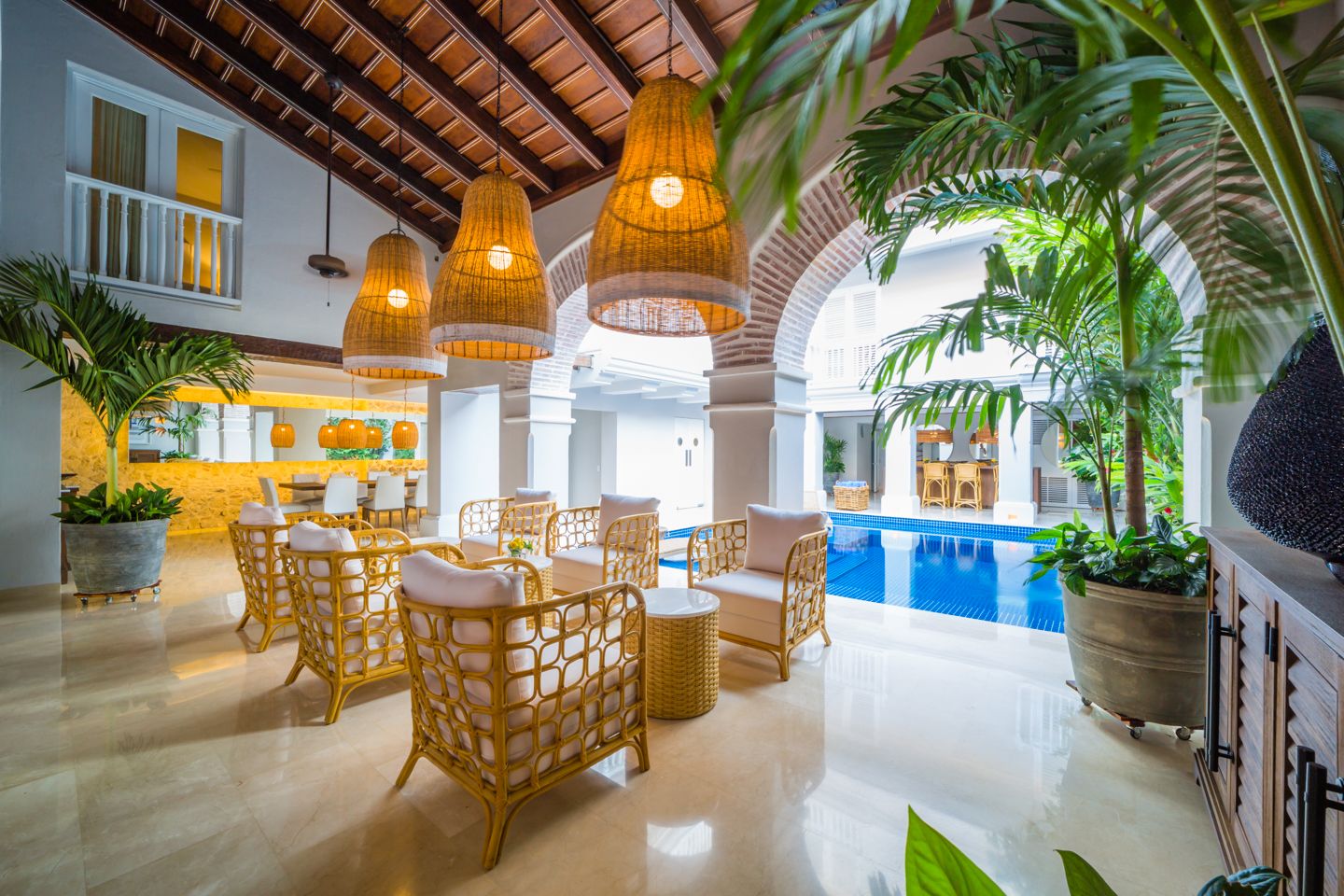 Exploring by Sea: Private Yachting Experiences in Latin America and the Mediterranean

"Thank you again for the high class service from Blue Parallel. You and your team were excellent. The trip was phenomenal and each one of our guides were exceptional! The hotels, restaurants, were also first class. I know this was done last minute, just think if we really planned! I have been asked for my itinerary by 10 different people - will refer to Blue Parallel! Thanks. Irwin."

“We are now back in Amsterdam after a wonderful trip to Morocco. This may have been our best trip yet with Blue Parallel. Everything ran like a clock. The food was great. The hotels were great. The country was great. We all feel our main guide, Adib, was exceptionally good. He was very well informed and went above and beyond to make us all happy during the trip. His driver was also outstanding and made us all feel safe on the treacherous roads of Morocco. It was truly one of the best vacations we have ever had.”

"It has been a wonderful trip. The helicopter was thrilling. We have loved seeing so much of Sicily in such an easy way. Elisa was a lovely guide. Mario was very knowledgeable. The star of the trip was Emmanuelle in Salina. We had a wonderful time hiking with him. A delightful young man, and a very knowledgeable and helpful guide. Just terrific. Thank you for all your hard work!"

"All of the Malletts had an excellent experience and adventure, and we highly enjoyed all the folks on the Blue Parallel Team. Magadalena was easy-going, accommodating and a perfect host. She was great with all of us and made everything go very smoothly. The staff in the glaciers area was excellent, friendly and helpful. Ernestina in Buenos Aires was perfect. We all loved her and she made our time here very special. The girls wanted to spend as much time with her as we could. We also highly enjoyed Gabriel in Iguazu. He was very knowledgeable."