THE MYSTICAL WONDERS OF EASTER ISLAND

Think of Easter Island and chances are a row of stoic stone heads come to mind. Shrouded in mystery, these ancient art formations are reason enough to visit. But, as the Blue Parallel team discovers first-hand on a recent trip, there’s much more to discover on this fascinating island in the middle of the Pacific Ocean. 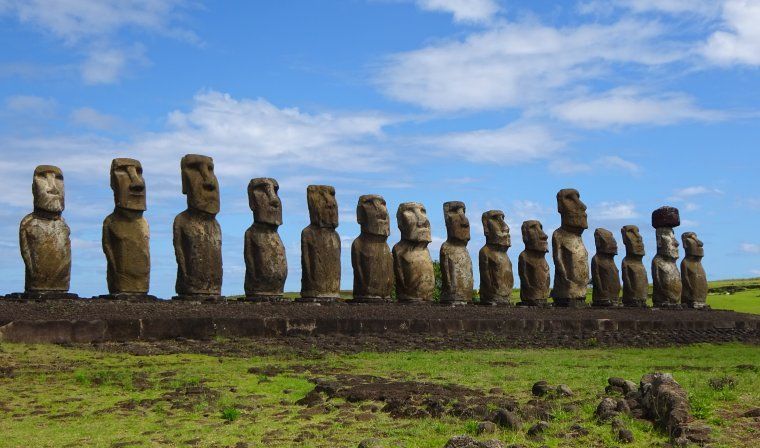 Halfway between Tahiti and the coast of Chile, Easter Island is one of the world’s most remote inhabited places, home to more horses than humans. Excited by the promise of rides across windswept grasslands, snorkeling in clear waters of pink-sand beaches and hikes across volcanic rock, we took the 5-hour flight from Santiago across 2300 miles of boundless blue ocean to get there. (After all, it’d be rude not to meet the monolithic men in person). Here’s a round-up of our recent trip highlights. 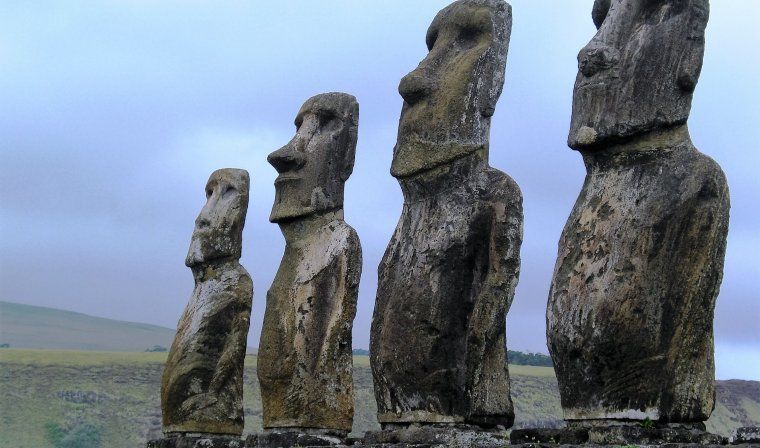 But first, a brief history…

At just over 60 square miles, Easter Island (or Rapa Nui as it’s known locally) may be tiny, but its impressive variety of landscapes and a complex history make it a unique travel destination. Like a natural, open-air museum, Easter Island is dotted with striking stone structures and architecture that serve as windows into the ancient civilization that once thrived here.

Among these are the island’s most famous inhabitants: the towering stone figures of humans with oversized heads, known as the Moai, which loom over the island like eternal, stoic sentries. There are around 900 of them across the island – some face down, some unfinished, others perfectly preserved; but all equally enigmatic.

Most of the island’s iconic structures were built between the 10th and 16th centuries by the first-known Polynesian inhabitants, who arrived as far back as 300 AD. Fast forward to Easter Sunday 1722, when Dutch navigator Jacob Roggeveen reached the island’s wild shores and gave it a new name. But by the time Roggeveen arrived, the once-thriving society of Rapa Nui had greatly diminished. Towards the end of the 19th century, the population was down to just 111 (it was estimated at 15,000 in the 17th century). Theories for the island’s dramatic decline abound: some archeologists blame deforestation and overpopulation leading to famine and war, but perhaps it’ll always be one of Earth’s unsolved mysteries.

"Like a natural, open-air museum, Easter Island is dotted with striking stone structures and architecture that serve as windows into the ancient civilization that once thrived here."

Today, the island’s 6000 inhabitants include the descendants of the indigenous Rapa Nui as well as immigrants from all over. Declared a UNESCO World Heritage site in 1995, almost half the island is now protected within the Rapa Nui National Park.

WHAT NOT TO MISS

Travel to the island’s remote north… for rides through pastures dotted with eucalyptus trees that lead to volcanic rock landscapes. From the coast, take in fantastic views of the Pacific Sea framed by Terevaka, the largest of the island’s three main extinct volcanoes.

Take magazine-worthy pictures of Ahu Tongariki… Home to 15 towering Moai, including the largest erected Moai on the island (weighing 86 tons), this site is considered by some to be the island’s main attraction. Impressively carved out of porous volcanic rock called toba, the Moai are said to represent the spirits of the ancestors of the island’s ancient chiefs and other high-ranking Rapa Nui. Here, the Moai look their most imposing, with their backs to the sea.

Step back in history at Rano Raraku… This enormous volcanic crater was once a valuable quarry for the Rapa Nui people. For half a millennium, up until the turn of the 18th century, here’s where more than 90 percent of the Moai structures were carved. You can still see nearly 400 sculptures in different stages of production, and enjoy 360-degree views of the island from its peak.

Hike along the edge of the Rano Kau crater… From the top, you’ll be rewarded with spectacular views of the Pacific Ocean, the crater’s cavernous interior and the stunning natural lake.

Discover ancient island traditions in Orongo… This ceremonial village is where the famed Tangata Manu (birdman) competition took place. Held over the span of approximately two hundred years (from the mid-1600s), the annual event saw members of each tribe race across the island’s treacherous terrain, scaling cliffs, swimming through inlets, and scrambling up rocks to retrieve an egg from the native Manutara bird. The tribe chief whose athlete returned to the village first with the egg intact was appointed Rapa Nui king the following year. 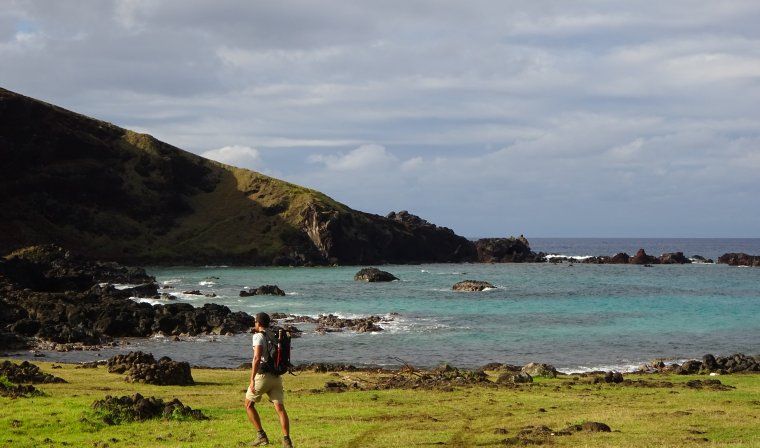 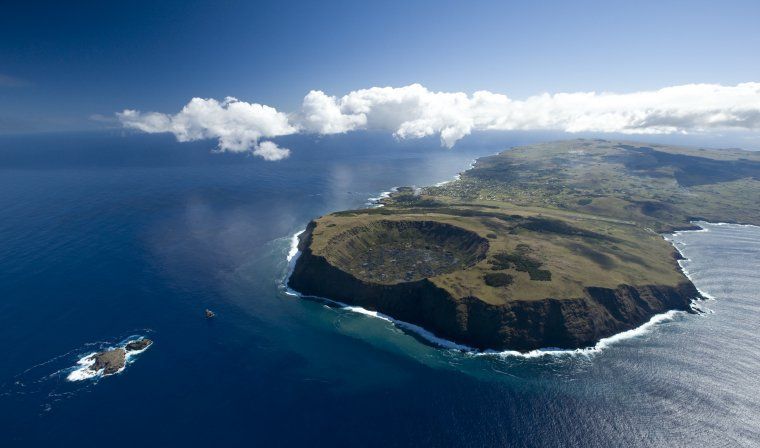 Tempted to join us? Learn more about our luxury Easter Island tours here.